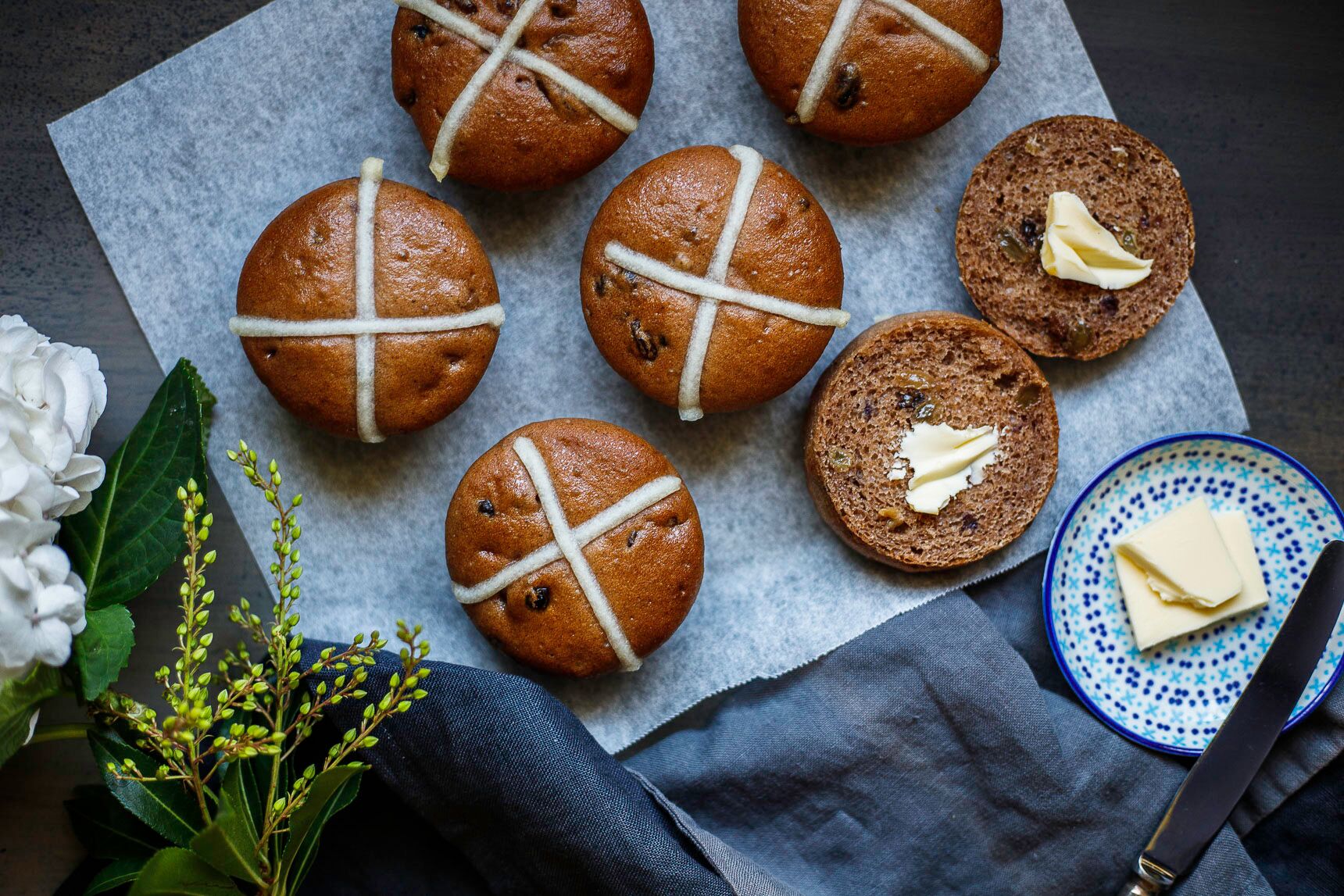 The smell of freshly baked sweet dough, delicious hot cross buns are traditionally eaten in the lead up to Easter. Blessed with an icing or dough cross on the top, the humble bun has been around in some communities for centuries.

Here are 5 things we investigated that we think you didn’t know about the hot cross bun.

And to throw in another one for the modern times, hot cross buns are now available gluten free from us! Enjoy and Happy Easter.